PGP Encryption (Pretty Good Privacy) is a computer program which provides cryptographic privacy and authentication. To the best of publicly available information, there is no known method for any entity to break PGP encryption by cryptographic, computational means regardless of the version being employed.

PGP email encryption uses asymmetric key encryption algorithms that use the public portion of a recipient’s linked key pair, a public key, and a private key. The sender uses the recipient’s public key to encrypt a shared key (aka a secret key or conventional key) for a symmetric cipher algorithm.

That key is used, finally, to encrypt the plaintext of a message. Many PGP users’ public keys are available to all from the many PGP key servers around the world which act as mirror sites for each other.

The recipient of a PGP encrypted email message decrypts it using the session key for a symmetric algorithm. That session key is included in the message in encrypted form and was itself decrypted using the recipient’s private key.

Use of two ciphers in this way is sensible because of the very considerable difference in operating speed between an asymmetric key and symmetric key ciphers (the differences are often 1000+ times). 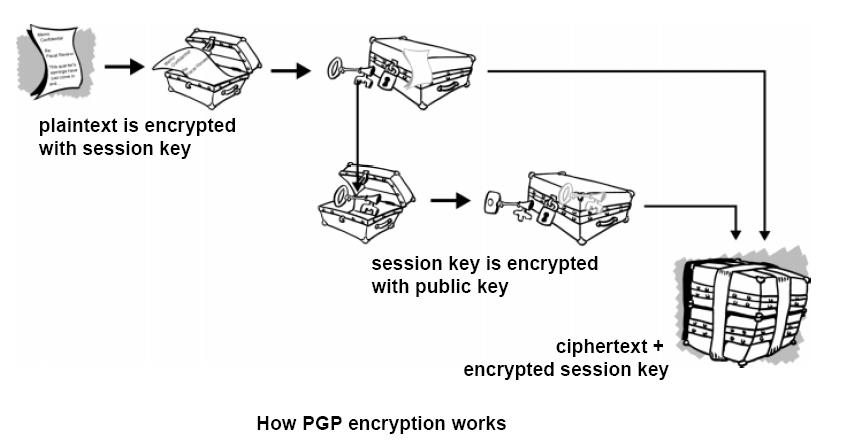